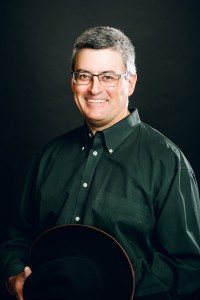 Scot Dutcher is a native of Colorado and lives on a farm in Weld County Colorado, one of the largest agriculture producing counties in the nation. He brings over 40 years of experience in animal agriculture to his current role as owner of AgNav Consulting. Scot was Chief of the Bureau of Animal Protection (BAP) for the Colorado Department of Agriculture for roughly 15 years, where he oversaw and provided training for 130 agents and law enforcement agencies that conduct animal neglect investigations. Training includes animal nutrition, body condition scoring, animal behavior, animal identification, case preparation, among other things. Scot assisted BAP agents and local authorities with thousands of criminal and civil animal mistreatment and neglect investigations involving all species including livestock. He gained a sound understanding of extreme animal rights groups, their strategies, tactics and goals. Scot believes there is a clear difference between animal welfare and animal rights and is a well-known resource for the livestock industry as it relates to animal welfare and animal rights issues and farm security. Scot also has experience with legislation crisis response and emergency management relating to animal agriculture and animal welfare issues.

Scot is Beef Quality Assurance Certified and spent many years in the beef industry including experience in the cow/calf, seedstock and feedlot segments. He is a founding and current Board Member of the Colorado Unwanted Horse Alliance, sits on the Board of Directors for the Animal Welfare Council, is a Local Field Director for the Sportsmen’s Alliance and is a former Board Member of the Colorado Horse Council. He is well connected to leaders in Colorado agriculture and is passionate about promoting animal agriculture and the products they produce.

In his free time Scot likes to spend time with his family going camping and doing outdoor sports like hunting and fishing. They also show cattle and enjoy teaching the kids all of the responsibility, coping and problem-solving skills involved in being successful in and out of the show ring.